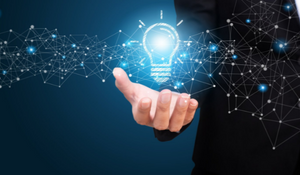 Since the mid-2010s, law firms and corporate and not for profits legal departments have been adding chief innovation officers. Notable law firm examples include Jeremy Coleman at Norton Rose Fulbright, David Cunningham at Reed Smith, and Kevin Stoneham at King & Spalding. Corporate and not for profits examples include AIG’s Wendy Callaghan, Novartis’s Maurus Schreyvogel, and Paula Doyle at the World Commerce and Contracting.

Law firm CINOs are charged with differentiating the firm, developing a culture of innovation at the organization, and delighting clients to derive business, according to University of Miami School of Law professor Michele Beardslee DeStefano. Their corporate counterparts similarly are charged with managing the process of innovation and change in the legal function. As Bill Novomisle, Director of Legal Operations at Cresco Labs, wrote in a 2019 article, “innovation is one of the critical buzzwords of legal services in 2019 and has become one of the most desirable labels that a law department or law firm can brand themselves with.”

Law firms and corporation aren’t just striving to innovate themselves. They expect innovation from those delivering legal services to them, such as eDiscovery service providers and Alternative Legal Service Providers.

Innovation in the law has been getting growing recognition. ALM’s Legal Innovation Awards, “set to recognise innovation in the legal sector” by law firms, chambers, in-house legal departments, alternative business structures, and suppliers, are in their eighth year. The British Legal Technology Awards include categories for “Most Innovative Firm of the Year” and “Innovation in Legal Services. The Financial Times publishes Special Reports on Innovative Lawyers, and the Canadian Corporate Counsel Association’s Innovation Award “recognizes an individual or group who is doing new things or doing things differently to create value on behalf of or for the benefit of a law department or organization.”

Described as the “secret sauce of business success”, the ability to innovate can be difficult to pin down. After conducting a six-year study to uncover the origins of creative business strategies in particularly innovative companies, researchers Jeffrey H. Dyer, Hal Gregersen, and Clayton M. Christensen identified five “discovery skills” that they concluded distinguish the most creative executives: associating, questioning, observing, experimenting, and networking. They found innovative entrepreneurs spent 50% more time on those activities than did CEOs with no track record for innovation. Here is how the authors described the five discovery skills:

I asked my colleague Ravi Sathyanna for his thoughts on innovation. Ravi is Reveal’s Chief Product Officer and one of our many innovators. He has over 25 years of experience designing and developing large-scale SaaS and on-premise solutions, co-founded one of the earliest machine learning companies in the legal space, served as Director of Advanced Search at one of the industry’s pioneering service providers, and spearheaded Brainspace’s product and research & development teams before Reveal and Brainspace merged.

Ravi told me that the key to fostering innovation a deep understanding of the problem you are trying to address. He offered these pointers – formulas, if you will:

Ravi is not alone in his thinking about innovation. TD Ameritrade CIO Vijay Sankaran and other innovation leaders say that innovation happens in organizations that structure their people, processes and technology the right way, according to a 2018 CIO article: developing innovation-focused processes, reimaging work, and building the right talent and culture. In a commentary piece in the September 28, 2017 McKinsey Quarterly, Dr. Waguih Ishak, a division vice president and chief technologist at Corning Research & Development Corporation, concurs, recommending that organizations foster innovation through approaches such as practicing “innovative parenting”, busting hierarchy, encouraging the unreasonable, and cultivating external relationships.

Since its inception, eDiscovery has been on the cutting edge of legal technology, with eDiscovery practitioners and organizations rolling out innovations for several decades.

Some innovations have taken the form of new technology, such as the creation in 2000 by Jay Leib, now at Reveal, and his team of Discovery Cracker, the first shrink-wrapped eDiscovery processing application. Drawing on his experience with Discovery Cracker, Jay subsequently launched NexLP, the leading AI software in the legal industry that Reveal acquired in 2020.

Other innovations reflect the value a coordinated team can bring to bear, even as they progress from one organization to the next. Ravi Sathyanna, for example, first joined the world of eDiscovery in 2000 as part of the team at Engenium, one of the early software providers to focus on using conceptual search technology to go through and retrieve structured and unstructured information for discovery purposes. You can draw a straight line through the path Ravi and colleagues took from Engenium, to Kroll Ontrack, to Pure Discovery and then Brainspace, and ultimately at Reveal, when Ravi and others continued to hone the use of conceptual searching with capabilities such as the Cluster Wheel.

Yet other innovations are more conceptual in nature, such as the development of the EDRM diagram, first published in 2006 by a multi-disciplinary team of legal professionals from corporations, law firms, and service and software providers headed up by Tom Gelbmann and me. The EDRM diagram is a framework to which we can map the people, the services, and the tools or platforms we may want to use as we work through the eDiscovery process.

When the stars align, these types of innovation can come together to offer something of greater value such as – dare I say – Reveal’s AI-powered end-to-end legal document review platform.

Learn more about Innovation at Reveal