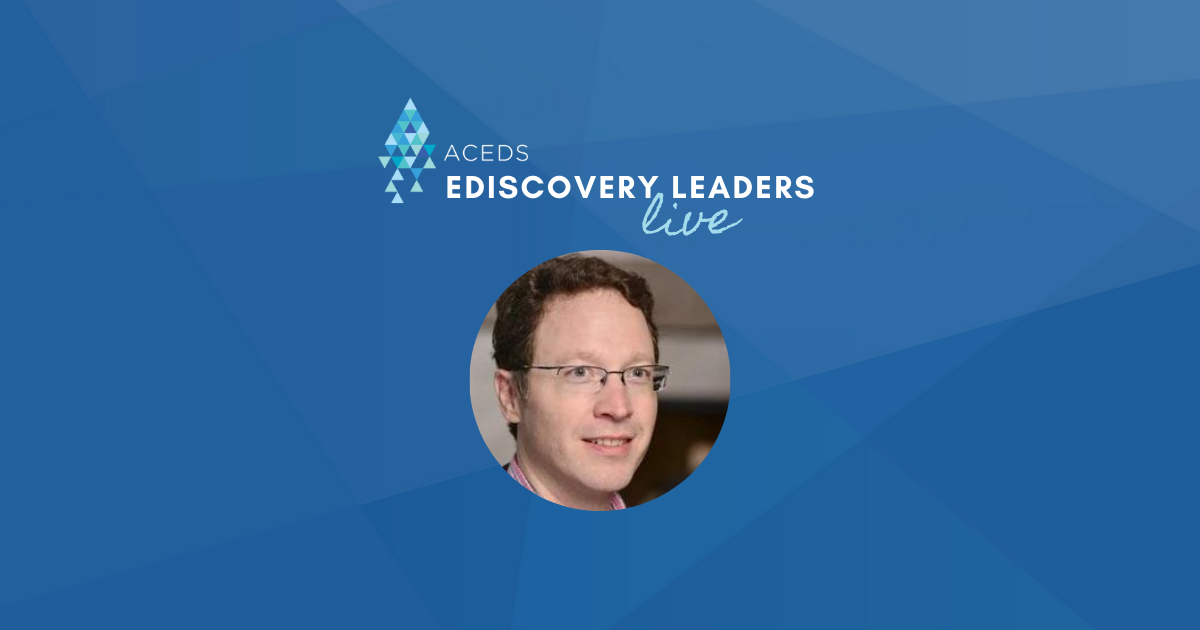 With about 20 years of electronic discovery experience and over 25 years of cutting-edge IT expertise, for the past 12 years Steven has been with Deloitte. A managing director in the firm’s Discovery practice, Steven is responsible for the operational and technical aspects of Deloitte’s Electronic Discovery solutions delivered from the United States and India. Steven has a strong understanding of effective technology integration into real-world applications to help clients secure and manage large electronic discovery systems amid fast-paced, high-pressure environments.

Steven began by explaining the concept of “speed and feeds” and how that took him to eDiscovery. He discussed the state of eDiscovery when he first got drawn into it, then moved to the current big challenges that the cloud poses for eDiscovery. Steven talked about what took him to Deloitte and his role there, and how it has changed. From there, we returned to the cloud, its challenges, and ways of addressing them. Finally, Steven took a broad look at the importance of people to eDiscovery, expanding eDiscovery into new arenas, and how an IT guy can survive and thrive in the world of eDiscovery.