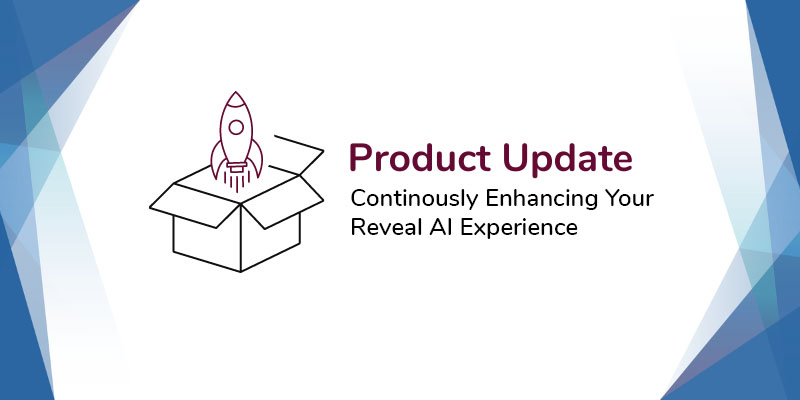 With version 2.90 we have added Multilingual BERT.  Reveal AI deploys BERT (Bidirectional Encoder Representations from Transformers) to pre-train AI models. These models help users quickly identify content of interest in document populations, even populations they may not have looked at before. While Reveal’s BERT-driven models have quite effective when content has been in English, they have been far less effective at locating pertinent documents when the content has been other languages.

We have enabled Keycloak single sign-on (SSO) integration. With this capability, an administrator can allow users to sign in once and have access to multiple applications.

Near Duplicate Document Detection and Display

We’ve added near duplicate document detection and display to Reveal AI. Reveal AI now automatically searches for near duplicates and can group similar documents together for more efficient and effective review.

With this feature, along with a document you now can view a list of near duplicate documents. The starting, or anchor, document has a score of 1. A close match might have a score of 0.9608, and a less similar document a score of 0.5748.

You now have the option to check for similar threads. 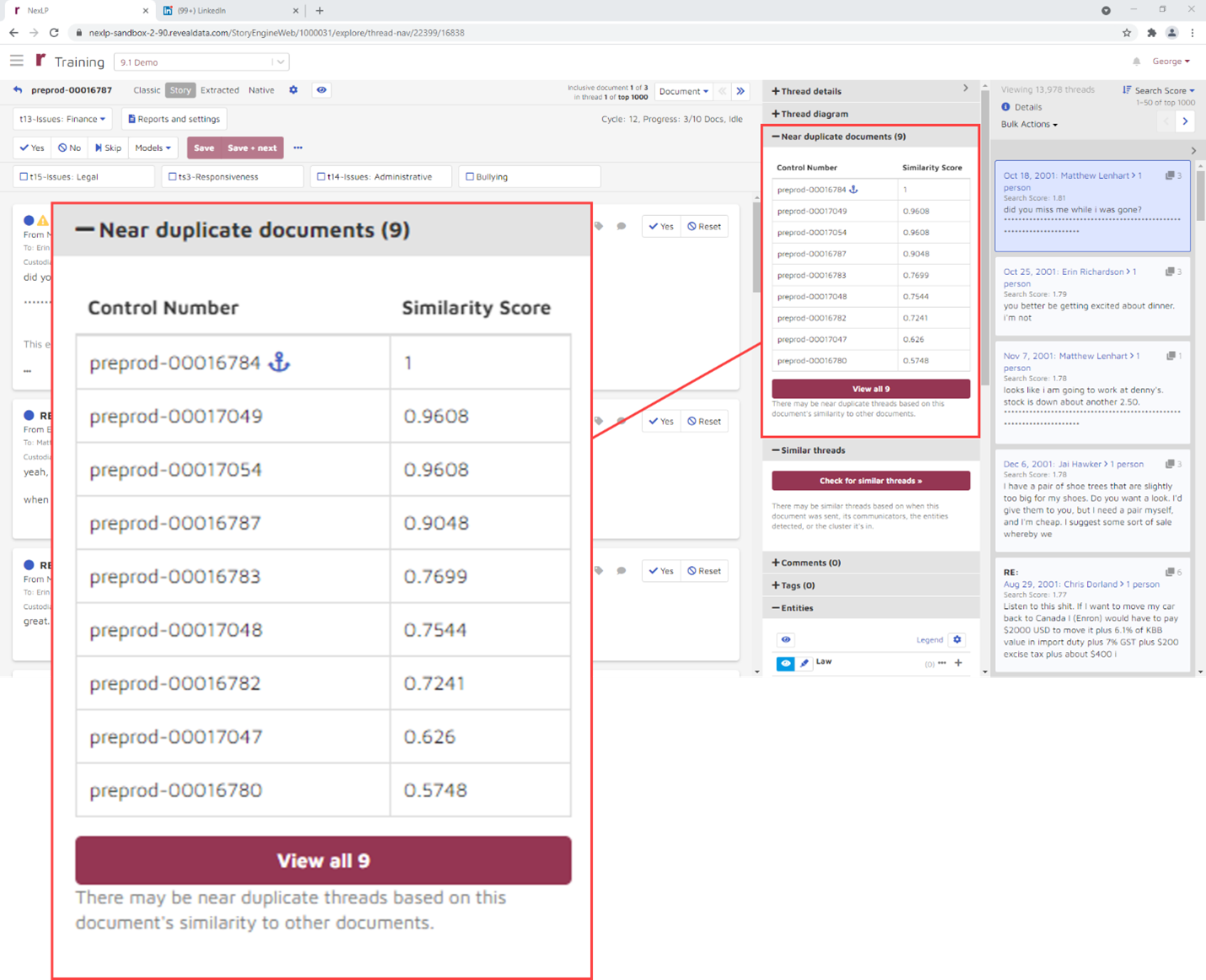 With version 2.90, we have expanding the search capabilities so that you can include family members in searches. With this option, you can include parent, children, or family files as part of your search. 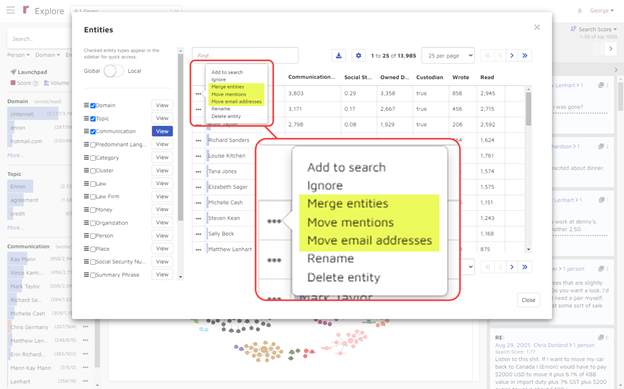 With Merge entities, you can merge one entity into another, for example merging “Vince J Kaminski” into “Vincent Kaminski”, and you can perform similar functions moving mentions (alternative names, such as “NY” for “New York”) and email addresses.