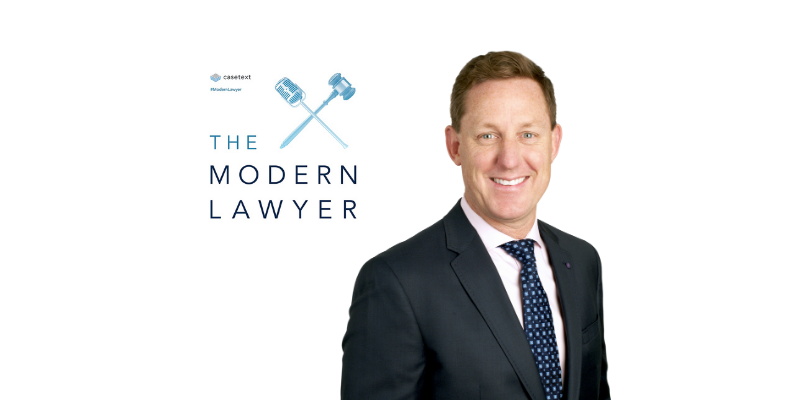 Reveal’s founder and CEO Wendell Jisa was recently featured on The Modern Lawyer podcast in an episode titled “The $200 Million Phone Call.” They discussed the details of how the Brainspace mega-deal came to fruition, took a trip through Jisa’s past as a budding entrepreneur, and how Reveal will influence the legal industry. Keep reading for the highlights and best moments of the episode.

Starting from the Bottom

The Modern Lawyer’s host Anand Upadhye kicked off the episode by inquiring about how Jisa got his start in the eDiscovery space. He told the story of his humble beginnings in the litigation support business, delivering photocopies of legal documents to law firms. He was fresh out of college and worked his way up swiftly after some empowering advice from his father.

“I remember when I first started, my first week my dad gave me a rearview mirror,” said Jisa. “And he said something like, ‘You’ll never forget that people are always coming up behind you; people are always going to want to catch you.’ …But I remember that resonated with me as well. And it took me a while to understand it, but that [idea] went throughout my entire career. Always feeling as though someone was always coming up behind me. And I had to do something to do more, whether it was trying harder or innovating or investing.”

Seeing the Future of eDiscovery

The discussion led to Jisa’s journey through the legal tech industry in the subsequent years and how his own story developed side-by-side the fast-paced evolution of the eDiscovery industry. As a young entrepreneur navigating the world of starting his first company and later selling it, he saw the potential in the industry he had become invested in.

“I think that there was a future,” said Jisa, when asked how forward thinking he was at the time. “I think that recognizing the fact that the legal space is, in general, sort of slow to move with regard to technology, I was seeing this sort of rigid structure. And I didn’t know it was going to take 15 years or 20 years. But I knew it would happen. And I knew that I could do justice for it. I knew that my knowledge and my experience that I had already created, in addition to my risk factor, which was that I have nothing to lose, was something that would be compelling.”

He continued to narrate how his inspiration for starting Reveal was fueled by the desire to figure out how he could improve the eDiscovery space and continue to advance the technology beyond what his predecessors had done.

The Most Fascinating Minds in Data Science

As Jisa talked through the process of the company’s development and brought listeners up to date, he explained the recent acquisition of AI software company NexLP, as well as the merger with the data analytics company Brainspace backed by K1 Investment Management. These recent additions to Reveal’s eDiscovery solution fuse into an AI-powered tool with expert data scientists behind it.

“We have some of the most fascinating minds in data science in our organization, said Jisa. “The largest data science team, I believe, in the industry. I’m humbled when I walk into a room and they’re coming up with new ideas. They’re doing things that are literally going to change the practice of law. And that’s why I’m so invested in not just legal tech, but eDiscovery specifically.”

Jisa and Upadhye continued to touch on the advancements that Reveal can accomplish with the marriage of NexLP and Brainspace through the document review platform. Benefits that were highlighted included the potential of NexLP’s AI Model Library, the visual analytics of Brainspace, and the elimination of the number of human touch points in the Review application.

The Future is Automated

The episode finished off with a discussion of where the eDiscovery industry headed, as well as the broader legal industry, and how Reveal will play a role. Jisa explained his belief that as Reveal continues to automate processes and eliminate human touch, the platform will have a permanent impact on the legal industry and change how the law is practiced.