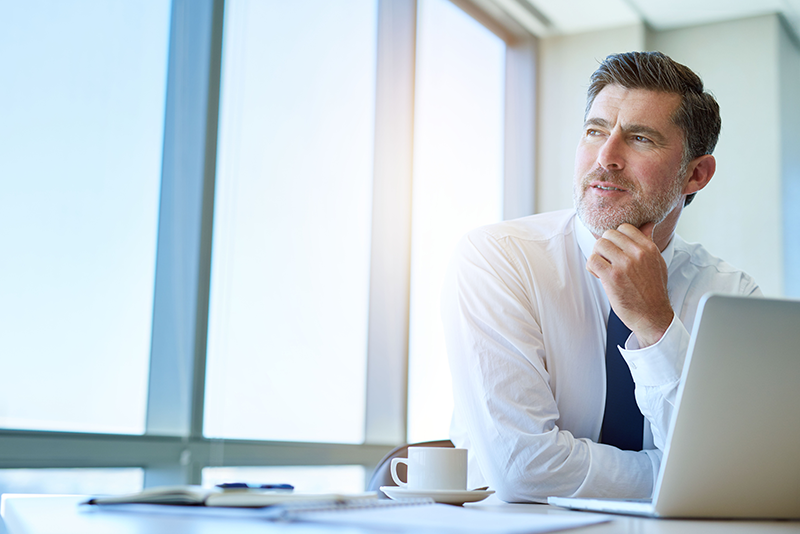 eDiscovery In The Cloud or On-Premises? You Have Options with Reveal

eDiscovery In The Cloud or On-Premises? You Have Options with Reveal

Electronic discovery platforms can be deployed in various ways. Four leading approaches are eDiscovery in the cloud; on your premises; as a cloud/on-prem hybrid; or as mobile offering, installed on an appliance or laptop. While any one of these options might meet your immediate needs, whether you are with a law firm, a service provider, or in-house, chances are that none of these options will be the one and only best choice for you every day to come.

Some eDiscovery platform providers, such as Reveal, let you mix and match so you can choose the combination of options that best fits your needs with the same user experience and user interface across all options. Not all eDiscovery vendors give you a choice; you might, for example, have access to the software only via a public cloud. With other eDiscovery software providers, you may get the newest features in their cloud implementation immediately but not find those capabilities in the on-premise version until months later.

Understanding the options offered, knowing which actually are available to you, and appreciating how your eDiscovery processes work with each model, will help you and your legal team land on the approach best suited to your specific needs.

As noted, when it comes to deployment of eDiscovery solutions there are four main models for where to keep electronically stored information and run eDiscovery processes: cloud platforms, on-premise offerings, hybrid solutions, and mobile appliances and laptops.

Within each model, there are options and nuances. A cloud could be public or private. On-premise might be in your server room or it could be at a data center. Hybrid comes in enough flavors to make Baskin-Robbins blush. A Mobile system might be rolled out for a trial war room, to use in a monitored source code review room, or as part of a data collection and review operation in a location with unreliable access to internet and power.

Cloud computing has two meanings, as explained by Eric Knorr, Editor in Chief of Infoworld. The first meaning comes from an end-user perspective. It refers to cloud computing as “running workloads remotely over the internet in a commercial provider’s data center.”

The second meaning focuses on the infrastructure of cloud computing – a system making a virtualized pool of resources available on demand. Virtualization, per VMWare, “is the process of creating a software-based, or virtual, representation of something, such as virtual applications, servers, storage and networks.” Using virtualization, an organization can run multiple virtual systems, each with multiple operating systems and applications, on a single physical computer using a layer of software called a virtual machine monitor or hypervisor. VMMs create and run virtual machines, allowing allocation and reallocation of resources such as memory and processing. Cloud computing infrastructures can be run on private, public, and hybrid clouds.

As its cloud service provider, Reveal has partnered with Amazon Web Services (AWS), the market leader according to Computerworld.

With a public cloud, a third-party provider manages on-demand computing services and infrastructure. Multiple organizations use the public internet to access and share those resources. Amazon Web Services (AWS), Microsoft Azure, and Google Cloud are examples of public clouds used by eDiscovery in the cloud platforms.

A private cloud differs from a public cloud in that with the former an organization hosts cloud computing and infrastructure resources privately, either on its own intranet or at a data center of its choosing.

A hybrid cloud is a mixed environment, using some combination of public cloud, private cloud, and on-premise infrastructures.

Cloud computing comes in several categories. The three main ones are SaaS, IaaS, and PaaS.

With SaaS, or Software as a Service, a cloud provider hosts applications and makes those applications available to customers over the Internet.

IaaS, or Infrastructure as a Service, goes a step beyond SaaS. Instead of just offering applications, an IaaS implementation delivers a full computing stack via the cloud. This includes servers, storage, networking, and operating software. IaaS provides cloud resources to an organization. It is up to the organization to provision and manage those resources. IaaS (also known as HaaS, or Hardware as a Service) has been described as a build-it-yourself approach.

PaaS provides the complete platform needed to develop, run, and manage applications in the cloud. The PaaS provider hosts servers, networks, storage, operating system software, databases, and the like.

SaaS, IaaS, and PaaS all can be delivered via public, private, and hybrid clouds. They can be used separately or in combination with each other.

If eDiscovery in the cloud is the new kid in town (well, not that new), eDiscovery on-premise is the grizzled veteran. With an on-premise approach, software, hardware, and additional infrastructure for applications or platforms reside within an organization’s literal or figurative four corners.

For a small organization, on-premise might mean a computer or two in a closet, likely with attached storage and backup systems. A larger institution may have a dedicated computer room containing servers, storage, and backup systems screwed into racks, physical security measures such as entry keypads, and power backup systems.

As an additional measure or in place of an on-premise solution that is located on the organization’s physical premises, a company might use a data center. Data centers are separate physical facilities that house routers, switches, firewalls, storage systems, servers, and the like. In addition to information technology, data centers also consist of physical infrastructure: buildings, special cooling systems, physical and virtual security, and so on. A company might own data centers itself, rent space in data centers owned by others, or lease entire off-site data centers from other organizations.

Reveal’s full platform is available for deployment on the premises of your choosing.

Hybrid models are a combination of eDiscovery in the cloud and on-premise. In a BizTech article, journalist Wylie Wong described the hybrid infrastructure deployed by nationwide used-car dealership Carvana, with on-prem used for testing, development, and local dealership needs and the cloud used for everything else:

“To provide the best customer service possible and ensure 24/7 uptime, Imran Kazi, Carvana’s senior director of technology services, has taken a hybrid approach. He’s deployed a small footprint of Nutanix hyperconverged infrastructure at the company’s headquarters in Tempe, Ariz., for testing and development and at car inspection centers for local compute and storage needs. But the company’s website, applications and data are all hosted in the public cloud.”

A hybrid option allows clients to decide which functions they want to take on themselves and which ones they prefer to operate in the cloud. They can choose, for example, to process data on-premises and use the eDiscovery in the cloud for review and artificial intelligence.

One typical corporate client, with about 100 TB of discovery data, recently elected to go this route. The company hosts Reveal’s platform locally, which gives its internal personnel access to all that data. The company is able to use the platform to identify select subsets of that data it wants to send to the Reveal deployed in the cloud. Once those more targeted chunks of data are in the cloud, they can be made available to outside counsel and others for review and analysis.

We have multiple corporate clients for whom this is the happy medium. For them, it is less expensive to keep the bulk of their discovery data within the confines of their own organization and on their own infrastructure than it is to load that data to the cloud.

By bifurcating their data – most of it maintained on-premise and a select portion sent to the cloud – these companies also reduce the resources they need to devote to the overall process. They use internal IT resources in ways that let those folks shine, storing and backing up data and making it accessible to internal personnel via software loaded on company servers. They also avoid placing unwarranted demands on corporate IT personnel, such as the need to function as eDiscovery experts while trying to get their day jobs done.

At the same time, the hybrid model’s bifurcation lets them optimize their use of cloud capabilities. They can take advantage of the cloud’s scalability, rapidly ramping up processing capacity, for example, quickly increasing the number of people with access to data, or reducing not just the volume of active data stored but also the corresponding costs of storage. They can take advantage of the geographical reach of Reveal’s cloud infrastructure, which is available in the US and Canada, much of Europe and Asia, and Brazil, South Africa, and Australia. And with the right cloud implementation, they get robust security, quick provisioning of additional computing resources, far few maintenance requirements, and greater reliability.

Finally, hybrid models help increase the chances that corporations actually can govern discovery data properly, in accordance with information governance policies, while simultaneously reducing the risk of data leakage. They avoid the all-too-common scenario of corporate data leaving the company, going to first one law firm, then a second, then a third; being sent by each law firm to first one service provider and then another, and going from service provider to another one. In that scenario, it becomes impossible to track who actually has what data. That in turn means it no longer is possible to ensure that at the appropriate time data is properly retained, returned, or destroyed – or even to know who has the data. It also means there is no viable way of making sure that the same data is treated the same way from one dispute to the next.

Tech hits the road with mobile deployments. With this approach, the same software that might be deployed in the cloud or on-premise is installed on a computer, allowing you to take the computer to the ESI instead of the other way around.

Typically the portable computer is either a laptop or an appliance. Sometimes additional components are included, such as portable backup or power systems or add-on storage.

With some mobile deployments, an entire software platform is installed on a portable computer. With others, only key software components are included.

Reveal’s mobile option allows for deployment of the full Reveal solution on a laptop or appliance computer. The laptop solution is less expensive and tends to be used for smaller projects or where a smaller number of reviewers are involved, say 5 to 10. Appliances are more robust, handle more data, for example, 30-40 TBs, and are used in situations with larger numbers of reviewers, such as 50 and more.

Which Deployment Model Is Best for Me?

In the post Which eDiscovery Platform Deployment Options Are Right for You?, I address how you can determine which deployment model or combination of models is most likely to meet your needs, discussing considerations that can come into play such as accessibility, cybersecurity, and data privacy.

If your organization is interested in leveraging the power of legal AI software wherever you need it – eDiscovery in the cloud, on-premise, hybrid, or mobile – contact Reveal to learn more. We’ll be happy to show you how our authentic artificial intelligence takes review to the next level, with our AI-powered, end-to-end document review platform.